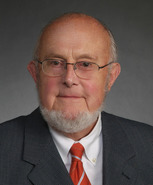 Dr. Crowley, a Yale Medical School alumnus and graduate of the Washington Psychoanalytic Institute, has been practicing psychiatry-- clinical, forensic, and administrative—for over fifty years. He now provides all services, clinical and forensic, by telemedicine. With awards for his civilian service in the Department of Defense, he is Adjunct Professor of Psychiatry at USUHS. In his forensic practice, which is both extensive and varied, he has served as psychiatric consultant, examiner, and expert witness in many types of civil and criminal cases, in the courts of several states as well as in federal courts and courts martial. He has worked on matters of all kinds where state of mind is at issue. His recent cases have involved issues of: security clearance; PTSD; fitness for duty; capacity to contract; testamentary capacity and undue influence; trauma and stress; malpractice; sexual harassment; hospital standards; dangerousness assessments in the workplace; criminal responsibility; competence for trial; presentencing recommendations to Court; eligibility for safe release from incarceration. Active in leadership roles in psychiatry, he served from 2010-2016 on the Board of Trustees of the American Psychiatric Association; on the Executive Council of the American Academy of Psychiatry and the Law 2007-2010; is a Past President of the Washington Psychiatric Society, and a member of the American College of Psychiatrists.